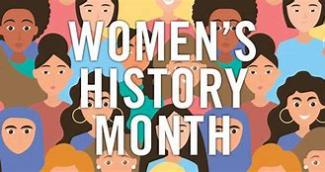 Women’s History Month: Women who shaped the history of finance

March is Women’s History Month; how better to celebrate than sharing the stories of women who helped shape the history of finance in America?

Abigail Adams America’s second first lady, was also an investor. John Adams ceded management of their family farm and business dealings to his wife, and though women didn’t have property rights, she considered the property hers too. Through investment in government and war bonds, she quadrupled the family’s money.

Hetty Green was considered the wealthiest woman of her generation. Her family became rich from the shipping industry before she was born, and she learned about finances from her grandfather. Hetty’s family bought her a fashionable wardrobe to attract a rich husband, she sold it and bought bonds with the funds she earned. She died with an estimated $100 million in wealth – that would be $2.4 billion today!

Muriel ‘Mickie’ Siebert was the first woman to join the New York Stock Exchange. She as ten people before she found someone to sponsor her membership, and then she had to convince a bank to lend her the majority of the $445,000 she needed to buy the seat. In 167, she became the first woman to hold the seat – and because New York’s first female superintendent of banking a decade later in 1977.

Janet Yellen became the first woman to hold the position of treasury secretary of the United States in January 2021 after 77 men had filled the seat. She previously served as the chair of the White House Council of Economic Advisors, chair of the Federal Reserve Board, and when she was named treasury secretary of the US she become the first person of any gender to do all three jobs.

Women have shaped the history of finance. In celebration of Women’s History Month, spend some time reading about these or other women who have helped create history.