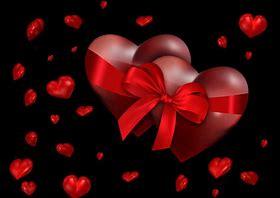 Interesting Topic of the Month: Celebrations of Love: Valentine’s Day Then and Now

Valentine’s Day, a celebration of love, goes back to ancient times when people would gather at the Feast of Lupercalia on February 14th to honor the Roman God of Fertility. Today, Valentine’s Day offers a time to exchange cards and small gifts with close friends, family, and romantic loved ones. Here are some of the most unique celebrations of love tied to February 14th.

In 2009, the world record for the most simultaneous kisses was set on Valentine’s Day. In Mexico, 39,897 couples gathered in Mexico City to kiss for 10 seconds each.

Valentine’s Day isn’t all about love though. In 1929, four gangsters dressed as policemen massacred seven members of a rival gang, which became known as the Saint Valentine’s Day Massacre.

The custom of sending valentines to one another was sparked because February 14th was formerly thought to be the first day of bird’s mating season and the first day they would begin calling to one another. We adopted that tradition of calling on our loved one’s with cards. Now roughly one billion cards are exchanged on Valentine’s Day.

Teachers are the group of people who receive the most Valentine’s Day cards, this is followed by children, mothers, wives, and then sweethearts.